The rugged coastline at Gifkommetjie is very scenic. We hiked from this viewpoint over a ridge to the shipwreck of the Phyllisia, and later returned over the beach and dunes. Beautiful views all around.

Gifkommetjie and the Phyllisia Wreck are on the Cape Point Peninsula. The hike starts at the car park of Gifkommetjie, 10 minutes drive from the entrance gate to the park. The peninsula is about 1-hour drive from the centre of Cape Town. We went to Cape Point in April 2019 and did this as the third and last hike of the day, after Antoniesgat Trail and a visit to the Cape Point Lighthouse. If you don’t have a car, check out the options for car hire* from Cape Town.

Tips for hiking at Gifkommetjie

At the Gifkommetjie car park, we took the trail north towards the viewpoint and the ridge line. The afternoon light made it look spectacular.

And super wild – we didn’t see anyone else on this trail. Easy walking along the ridge, with views inland over the plains, north to beautiful windswept beaches, and west to the ocean and beaches below. We saw a couple of ostriches in the distance, and when we began our descent at the end of the ridge we saw a herd of beautiful bontebok, including a little calf.

At the junction we followed the sign to the wreck, and in just a few minutes reached the beach. The wreck is a big obvious thing, a hulk of orangey-brown metal sticking out of the sand. There are other items of interest like washed-up lobster cages, fishing nets, and plastic junk that has ended up in the ocean.

As we circled the wreck, we saw one large shimmering silver plate on the other side of it. Then two. Could they be super larger shells? We went round to have a look. Yes indeed, they were large shells, face with the pearlescent inside upwards, glimmering in the sun. There were actually loads of them.

We followed the path back for a few hundred metres to the junction, this time taking the trail around the flat by the beach. The bontebok seemed to have disappeared. It was a fun trail – partly cut through these tall, incredibly dense bushes. Sometimes the bushes had been left complete, and the trail snuck through dark passageways beneath them, into a completely different world of vines and quietness.

On the map in the leaflet from the visitors centre, this is what they call ‘Milkwood tunnel’, since these trees are Milkwood trees. Shortly after, we took the first trail that led up the hill back to the car park: A short and steep climb.

You can extend this hike by 1km if you continue round the headland a short way and take the next path up the hill. We didn’t do this as we were very hungry. There is also an option to continue along to Platboom parking area another 4km further, to see some beautiful sand dunes. But it is not a round trail, so you have to hike back the same way, and the trail can be slightly flooded in wet weather.

Visit our Cape Point Guide for more things to do. 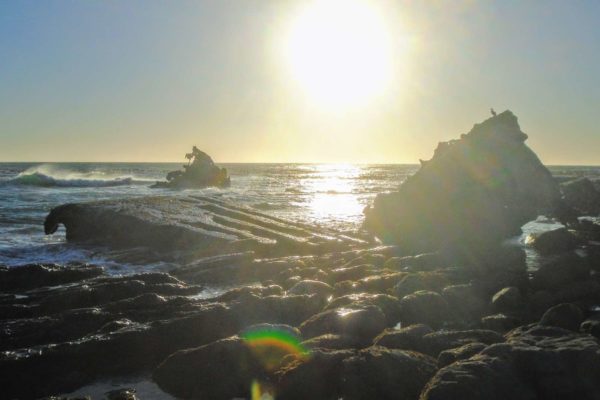 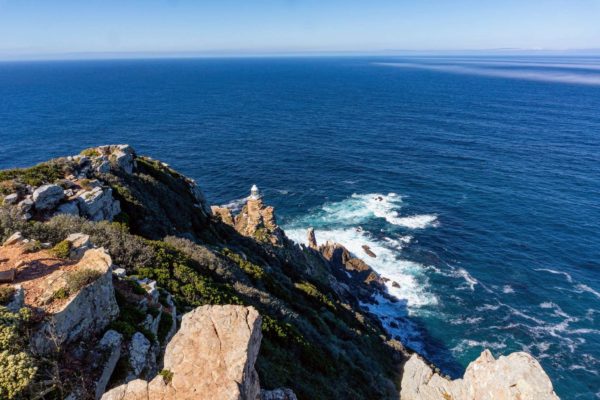 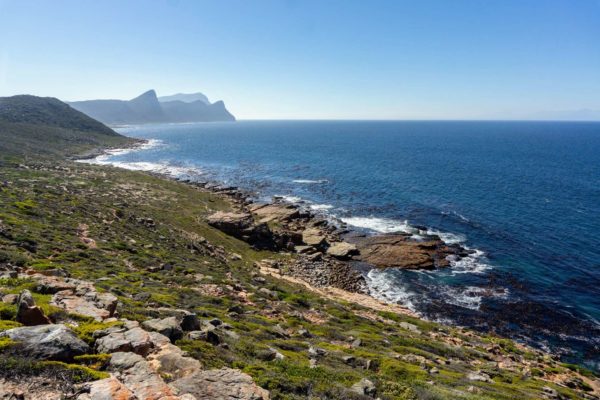