Walk around the lovely Bedok Reservoir loop before heading along Siglap Park Connector to shady East Coast Park for a cooling swim.

This hike starts from Bedok Reservoir MRT station, on the Blue Downtown Line. Exit from either exit A or B and it’s roughly one hundred metres along the road to reach Bedok Reservoir Park.

The hike ends in East Coast Park at car park F3 where there’s a convenient bus stop. Bus 36 stops here and takes you quickly to Upper East Coast Road from where you can connect to other bus services or the MRT home.

You can almost immediately see the large reservoir once you enter the park. We headed right (anti-clockwise) along the gravel track around the reservoir. There’s no navigational difficulty here as you just follow the edge of the water.

We checked out the boardwalk along the edge of the reservoir, before heading to the Berlin Wall marker and glass enclosure.

A piece of the Berlin Wall was located here from 2009 until 2013, loaned by a Singaporean-American couple. It was inside the glass enclosure that now houses a new artwork inspired by the original Berlin Wall, but made in 2015. You can still read the sign on the black jagged wall about the history of the wall.

The trail continues around the edge of the reservoir. There’s a new watersports centre being built on the east of the park, due to be opened in 2022, so the path may be diverted around this building site until completion. The far end of the reservoir was my favourite part, with lovely big trees lining the path.

Shortly after you turn the corner to start walking back towards the start, you’ll see the Bedok Reservoir Floating Platform on the water. It’s a nice place to get close to the water, though there is little shade during the day so it may well be too hot to relax on the inviting benches.

Continuing further, after 4.3 km you’ll reach the road where you entered the park. Make sure to watch out for this as it can be easy to miss. Head back down the road to Bedok Reservoir MRT station and beyond it into Bedok Town Park.

Behind the MRT station, the park continues to the right parallel to the highway. There are plenty of benches for a break, nice trees and beautiful flowers. After about 1.5 km walking through the park you’ll reach Bedok North MRT station. Go across the pedestrian bridge to continue on to Siglap Park Connector.

At first, Siglap Park Connector continues to parallel the highway through a narrow park on the edge of an HDB estate. After just over 1 km, take the pedestrian bridge left over the large highway. On the other side you’ll be by the edge of a canal, the Siglap Canal.

It’s 3 km in total from here along the edge of the canal to the start of East Coast Park. Some sections of the Siglap Park Connector are very sunny with no shade, so make sure to bring a sunhat. You just follow the canal, apart from the detour around Kembangan MRT station. Sooner than you know, you’ll see signs of East Coast Park and the ocean up ahead. Cross over the pedestrian bridge to reach the park.

Besides sunscreen, you can protect your face against the harsh sun with a sun hat. We always throw hats in our backpack, and use them regularly. They are not very useful in the jungle, but once you get to the open sections you are happy to carry one along. I’ve got this airy sun hat from a great American outdoor brand called Outdoor Research:

East Coast Park is a very long, fairly narrow park that extends from the beaches and oceans about 150 m inland. The Siglap Park Connector arrives in the middle of the park. We headed left (east) to explore the slightly quieter, eastern half of East Coast Park. We walked almost 4 km within the park to reach a convenient bus stop.

After a short distance walking, we found the ocean too tempting and went for a swim. The sandy beach was almost empty and very tropical with aquamarine water and palm trees lining the coast. It was a great way to cool down.

After the swim we continued walking along by the ocean. We stopped for a short while by the oval Wake Park to watch the wakeboarders attempt the jumps and have a snack. If you’re hungry, check out East Coast Lagoon Food Village, a Hawker Centre with a seafront location on the eastern edge of Wake Park.

A little further on, the Bedok Jetty sticks out into the ocean with some nice views at the far end. Walking on, you’ll reach the beautiful, colourful Bouganvillea Garden. Shortly after that, the car park with the convenient bus stop where this hike ends appears on your left. There’s a small path leading directly to the bus stop.

Want to walk around another Singaporean reservoir? Check out our hiking trails around MacRitchie Reservoir, or Pandan Reservoir. For other hiking ideas check out our Singapore Hiking page.

What are the opening hours of Bedok Reservoir?

How long is the walk around Bedok Reservoir?

The loop trail around Bedok Reservoir is a flat 4.3 km walk.

How do you get to Bedok Reservoir?

To get there take the MRT to Bedok Reservoir MRT station, on the Blue Downtown Line. Exit from either exit A or B and it’s barely one hundred metres along the road to reach Bedok Reservoir Park.

What was Bedok Reservoir before it was a reservoir?

Bedok Reservoir is located in a former sand quarry. You can still see a large mound of sound at the waters northern end. In 1983 the quarry was transformed into a reservoir to supply water to the east of Singapore.

Can you swim in Bedok Reservoir?

You are not allowed to swim in Bedok Reservoir. But if you want to get close to the water you can rent a kayak.

How long is Siglap Park Connector?

What are the opening hours of Bedok Town Park?

What are the opening hours of East Coast Park?

How to get to East Coast Park?

There is no MRT near East Coast Park and there are only a few buses that stop directly at the park. Bus 36 is one of these, with a stop in East Coast carpark F3 where this hike ends. For other buses, walk to Marine Parade Road, about 300 m further inland from East Coast Park.

Can you swim at East Coast Park?

Yes, you can definitely swim in the ocean at East Coast Park. There are some ocean currents so don’t enter the water unless you’re a strong swimmer and supervise children at all times. There have also been reports of jellyfish in the water. 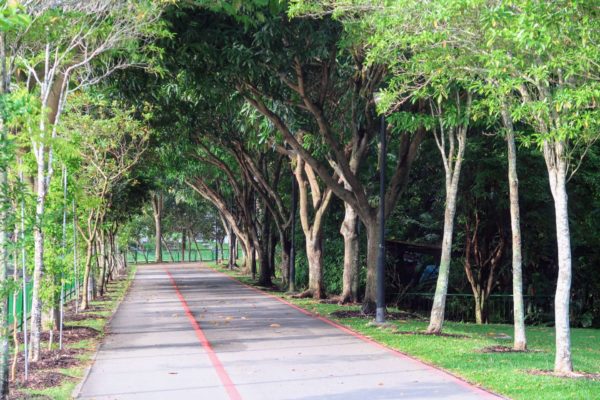 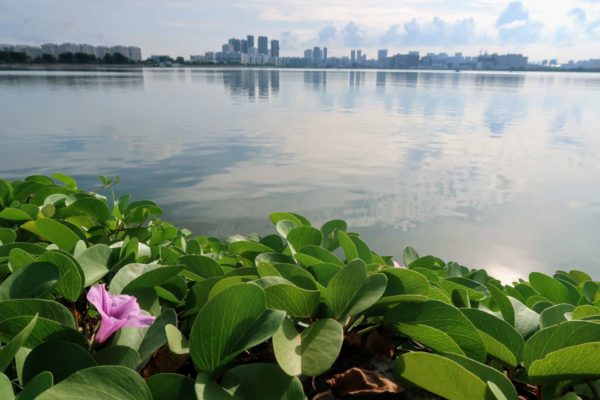 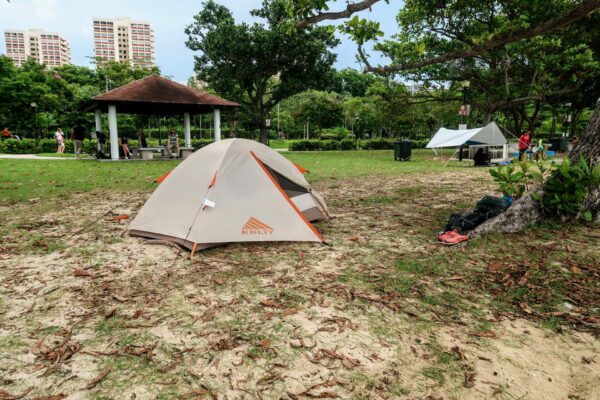 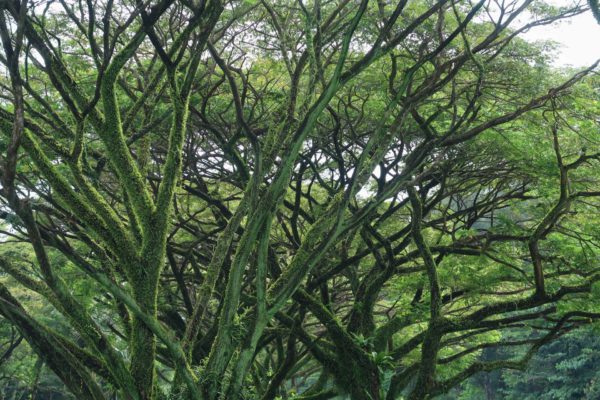