From Bukit Gombak MRT station, leave via Exit B. It’s about 300 metres or a 5-minute walk from the MRT to the entrance of Little Guilin.

Take the path left towards the water. There are several boulders here that you can stand on to pose in front of the dramatic water and cliffs behind. When the water is calm there are some beautiful reflections on the water. This lake actually fills an old quarry and the steep cliffs behind formed the sides of the quarry.

Bukit Batok Town Park is the name of this park, but people often call it Little Guilin. This is because it looks slightly like Guilin in China, a beautiful area full of limestone blobby mounds. Here, however, the rock is granite and builders used it for construction work in Singapore during the city’s rapid growth.

Continue along by the water for more dramatic views. There are cute, grass-covered shelters where you can rest to admire the views or stay safe out of any inclement weather. Leave the park at the far end along a little stone way and you’ll reach the park connector.

From Little Guilin you can walk entirely on park connectors to reach Bukit Batok Nature Park. It’s just over 1 km walking on these ways by the side of the road. Check out the big grey mosque on the corner as you pass and turn left immediately afterwards. When you reach a T-junction turn right on Hillview Park Connector and the entrance to Bukit Batok is on the left soon after the lorry and bus park.

Another abandoned quarry site sits at the centre of Bukit Batok. They stopped quarrying here in 1988 and since then beautification of the area began. Instead of going straight to the quarry, turn right to walk some of the jungle trails. There are lots of chickens in this park, along with many White-Crested Laughing Thrushes. You can easily identify these birds by their white-tufted hair and black eye streak, with a chestnut-coloured body.

See Birds up Close with Binoculars

To see all the nice birds on this hike up close, get a decent pair of binoculars. I have had a pair of Bresser binoculars* for over 20 years now and they are pretty indestructible and work well. Another well-reviewed pair on Amazon are these Celestrons:

After walking through the jungle, head down towards the centre of the park where there are toilets if you need them. The highlight of the park is the view of the lake with high cliffs behind it a few hundred metres to the right. The cliff behind the lake is very orange, and there has been a recent landslide in which the soft red sediments and rock has collapsed into the lake below, forming a triangular-shaped funnel that rises above the water.

Leave the lake the way you came and head towards the World War Two Memorial. This involves a significant climb as the trail twists and turns up the hill. As you climb further up, there aren’t really any views of the lake below because the vegetation has grown up so much around the path.

You’ll eventually come out by the War Memorial. It’s a bit of a misnomer because the Memorial doesn’t exist anymore. There is only a very wide staircase and a memorial to the former memorial. You can climb up the staircase but there is nothing at the top, you must just return back down again.

From the War Memorial, head down the hill along the road. Roughly 400 m further down the road you will reach the exit to the park and a large road junction. Cross over the pedestrian bridge you can see in the distance and turn right along the road. After 200 metres take the corridor-like path to the left between two condo communities. Soon you’ll reach a road. Turn left again and you’ll see a cute little staircase that leads you onto the rail corridor.

This hike involves a relatively short stretch of the rail corridor, though you do get to see one of the truss iron railway bridges that many people take photos of. If you want to explore more of the 25 km-long rail corridor, check out our Rail Corridor Hike.

After a 1 km walk along this Greenway, when you reach the railway bridge, head right off the track. If you want a break with food there are many cafes and restaurants here in the Rail Mall. Springleaf Prata is one of our favourites.

Head right in front of the Rail Mall and into Fuyong Interim Park. This is a tiny park, at the far end of which is an entrance into Dairy Farm Nature Park.

There are several quarries in Singapore, mainly around the Bukit Batok and Bukit Timah region. They have been an important part of fueling Singapore’s growth. Granite was mined from the central quarries of Singapore, essential in buildings roads and houses. Where once they were fairly ugly, dirty quarrying areas, these former quarries have now been reclaimed and beautified to form lovely wetlands and parks. Three former quarries are visited on this hiking trail:

The section of jungle now known as Dairy Farm is so named because it used to be a Dairy Farm. Hundreds of black-and-white Friesian milking cows used to graze in the fields here, since reclaimed by the ever-spreading jungle.

First head right along the tarred but vehicle-free road through the jungle. About 500 metres later you’ll reach Singapore Quarry wetlands lookout. The authorities closed the quarry itself in the 1980s, and instead created a large wetlands area here. Today there are many fish, some metres long, in the relatively clear water here. If you’re lucky you’ll also spot birds, in particular colourful kingfishers frequent the area.

Once you’ve admired the dramatic cliffs and abundant vegetation, return back the way you came. Continue along the tarred road and keep following it as it begins to bend around the corner. The road ends and the real trail, known as Wallace Trail, begins here.

Wallace Trail is a route within Dairy Farm Nature Park, roughly 3.8 km long. It leads from Dairy Farm Car Park A (where this hike ends) to the far end of Dairy Farm. Initially the trail heads through the jungle, but eventually you will start to see some buildings and old ruins of the Dairy Farm itself.

On the right of the main trail is the Wallace Education Centre. It’s a semi-open-air exhibit in the former milking shed. There are displays about beetles, other animals, and the geological history of Singapore. Check out the video showing how India collided with the rest of Asia pushing up the Himalayas, and how now Australia is colliding with Southeast Asia.

Who was Alfred Russel Wallace?

The Wallace Trail is named after a British botanist who came to Singapore in 1854 and made a major contribution to the theory of evolution. He lived in the region for 8 years, travelling all over the region to study the exotic flora and fauna. Beetles in particular fascinated him – keep your eyes peeled while on the Wallace Trail.

After the Education Centre, continue onwards and the track soon becomes a small, muddy path. Towards the far end of the trail is a viewpoint where you can look out over green, green jungle. Continue on and soon you will see a cow statue on your left. The trail is now returning towards the entrance of the park.

Soon the trail bends left and upwards to rejoin the main track. For some variation, you can take a different route (with some uphill) as you head towards Car Park A. Don’t miss the sign on the right and the small track between two boulders that leads down to the car park. Hillview MRT station is at the far side of the car park where you can take the MRT to get home.

Want to walk through more Singaporean jungle? Check out our hiking trails around MacRitchie Reservoir, or nearby Bukit Timah. For other hiking ideas check out our Singapore Hiking page.

What are the opening hours of Little Guilin?

Little Guilin Park is open 24/7 and lit between 7pm and 7am.

What are the opening hours of Bukit Batok Nature Park?

Bukit Batok Nature Park is open 24/7 and lit between 7pm and 7am.

What are the opening hours of Dairy Farm Nature Park?

How long is the Bukit Batok Nature Park walk?

Bukit Batok Nature Park has several trails that you can choose from. If you want to walk the main trails in the park to see all the highlights, it is about 2.5 km.

Dogs are only allowed on leads and on the tarmac road sections of Dairy Farm. They are not allowed on the smaller nature trails. There are many signs within the park that tell you where you can and cannot take your dog.

The proper name of Little Guilin is Bukit Batok Town Park. It is also known as Little Guilin because it looks a bit like the Guilin area of China.

How do you get to Little Guilin?

To get to Little Guilin take the MRT to Bukit Gombak MRT station. Leave via Exit B. It’s about 300 metres or a 5-minute walk from the MRT to the entrance of Little Guilin.

How do you get to Dairy Farm Nature Park?

Taking the metro to Hillview MRT station is the most convenient way to get to Dairy Farm Nature Park. Exit A of Hillview is at the entrance to the park.

How was Little Guilin formed?

Little Guilin used to be a quarry. After quarrying stopped, the hole in the ground was filled with water to create the lake you see today. The vertical cliffs behind were once the sides of the quarry walls.

How long is the Dairy Farm Trail?

There are several trails within Dairy Farm but if you want to visit Singapore Quarry and see the old Dairy Farm area it is about a 6km hike.

What is Wallace Trail?

Wallace Trail is a 3.8 km hiking route within Dairy Farm Nature Park. It stretches from Hillview MRT station to the far end of Dairy Farm and back, via the Wallace Education Centre.

Are there cows at Dairy Farm Nature Park?

Today there are no cows at Dairy Farm Nature Park. The Dairy Farm started in the 1930s and closed down in the 1970s.

How do you get to Singapore Quarry?

Singapore Quarry is near Dairy Farm Nature Park and can be reached easily from Hillview MRT. Take Exit A and follow the signs for 1.3 km until you reach the lookout point over the lake and cliffs. 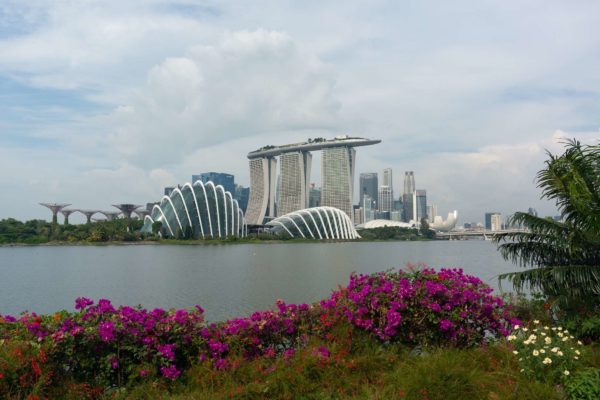 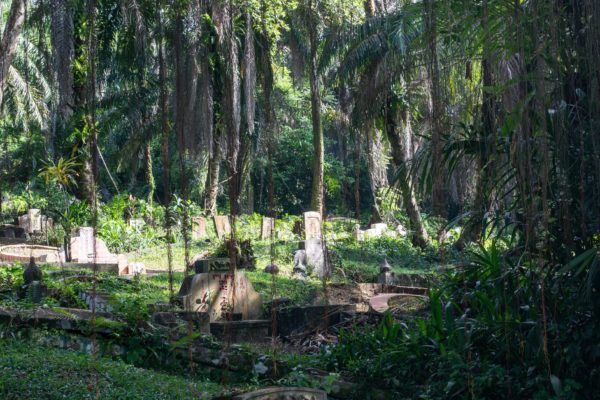 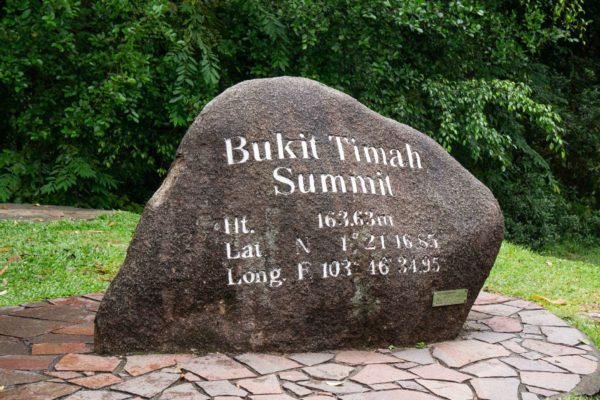 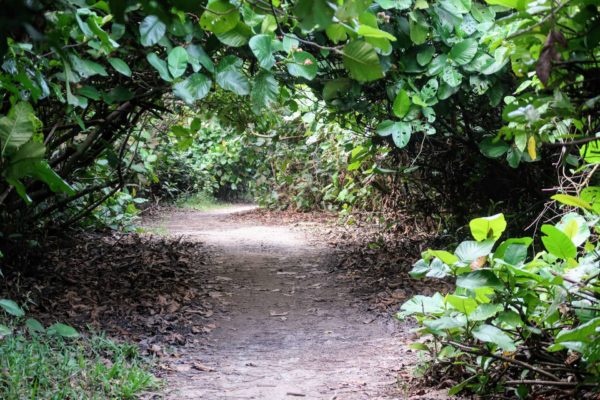