This walking tour of Cheb visits all the main sights of town including the Castle, the main church and the historic town square.

Cheb lies in eastern Bohemia in the Czech Republic, not far from the German border. This walk starts from Cheb Castle. There’s street parking nearby at the base of the hill. Alternatively, Cheb Train Station is just a 10-minute walk from the main square in the centre of town. Trains from Nuremberg take almost 2 hours, while buses to Prague take about 3 hours.

On this self-guided walking tour you’ll see the main sites and attractions of Cheb. Half a day is the perfect amount of time to spend in Cheb, but there are several walking and cycling routes nearby to extend your time in the region.

Key Information: Open 10am–5pm, closed on Mondays. In Winter (Nov-Mar) only open weekends 10am-3pm. €4.40 per adult, half-price for concession. Payment by card or cash in Euros or Kroner. Allow an hour or two.

Hrab Cheb (Website, Tripadvisor Reviews*) major tourist attraction in Cheb, built way back in 1167. Within the castle, not to miss are the distinctive square black tower and the beautiful Romanesque two-story chapel. Inside the chapel the vaulted ceilings are very beautiful and glow golden in the sunlight. The tower is made of black basaltic rock, with the walls almost 3 metres thick. At the top are great views over Cheb.

Elsewhere in the castle grounds you can see the remains of the old palace – now only the walls and empty windows remain. You can see a prison and several rooms full of weapons and torture equipment from the Middle Ages.

Directions: From the castle entrance, walk left down the road. At the little grassy square, take the passageway to the right. Once you reach the main street, the main square is just to your right.

A lovely, colourful square surrounded by old building, also called Platz des Konigs. There are several nice restaurants and cafes on this elongated square which is at the heart of the historic town centre. The Špalíček is the name of the cluster of houses in the middle of the square nearest the castle. There’s mainly from the 17th century, with a very narrow passageway running between them.

Directions: The museum is near where you entered the square, in a pinkish building.

The Cheb Museum is a slightly stuffy and old-fashioned museum about the history of Cheb and its surroundings. Albrecht von Wallenstein was murdered in this house, and you can learn about him in the museum. General Wallenstein led the Imperial, Catholic forces in the Thirty Years’ War. Later in the war he joined his former enemies, the Protestants, which directly led to his murder here in 1634.

Directions: Walk to the corner of the square past the museum, and turn right to reach the church.

Several famous people have associations with Cheb. Emperor Frederick I Barbarossa designed some parts of the castle and stayed there several times. J. W. Goethe was another admirer of the castle, especially the black square tower, and also visited Cheb often. And not forgetting Albrecht von Wallenstein, the leader of Imperial forces in the Thirty Years’ War, who was murdered in town.

Cheb is also mentioned in Sherlock Holmes, A Scandal in Bohemia*, where the town is called Egria, similar to its German and French Names (Eger and Egra respectively).

Books with Connections to Cheb

Later, with Germany only 10 km away, Hitler annexed this area before the Second World War. Afterwards, most of the ethnic Germans were forced to leave.

This church looks impressive from far away, though the inside is slightly plain in comparison. There’s a small, damp crypt underneath with a few exhibits and history in Czech and German. There are nice views from the tower, but you can also go up the tower in the castle for similar views. It’s very old, originally from the 13th century and Baroque in design.

Directions: Head back into the main square and up through it. Where it begins to narrow, you’ll see the Fine Art Museum with the Retro Museum next door. If you want to visit the Tourist Information, it’s opposite these museums.

The Fine Art Museum covers several floors of a grand yellow building on the square. It showcases both modern and gothic art in several galleries and has a ground-floor cafe.

The Retro Museum mainly has displays about design and way of life in the 1960s-1980s. During this time, the country was socialist, but the museum also showcases Czech designers from the time who rose to prominence.

Directions: After this museum, continue a short way as the historic square tapers out into a shopping street.

This street is the place to be if you want to do any shopping. Unlike in Germany, shops are open on Sundays. There are also several restaurants and cafes here, and it’s the way to the train station.

Directions: Head back to the main square and turn left just before the tourist information. At the next road head right then quickly left where you’ll see the towers of the monastery.

An old monastery with some nice cloisters. The monks were expelled from this monastery in 1951, and it suffered significant looting in the following decades.

Directions: Continue onwards past some old buildings to a main road.

You’ll see the lovely Cheb Municipal Theater on the opposite side of the road, a bright yellow building you can’t miss.

Directions: Head right and take the first road on the right back into town. You’ll see the gate to the Monastery Gardens almost immediately.

This courtyard is a peaceful place to walk around. There are trees, flowers and fountains with some sculptures. Along one side runs the old city wall, and you can see the back side of a church and other old buildings at the far end.

Directions: Continue walking along the road and head left at the small square. This will lead you back to Cheb Castle and the end of this walking tour.

Places to Stay in Cheb

There are several great places to stay in Cheb, including some good value apartments such as Skromný Apartmán*, which is right in the centre of town and comes with a parking permit.

Guidebooks to explore more of the Czech Republic

I hope you enjoyed this walking tour of Cheb. For more walks around historic towns and cities, see our Hiking in Germany page.

What is Cheb known for?

Cheb is known for its old Castle, Hrad Cheb, and its historic, colourful town square.

What are the best things to do in Cheb?

The best things to do in Cheb are to visit the castle, Hrad Cheb, and to wander around the historic centre of a walking tour. 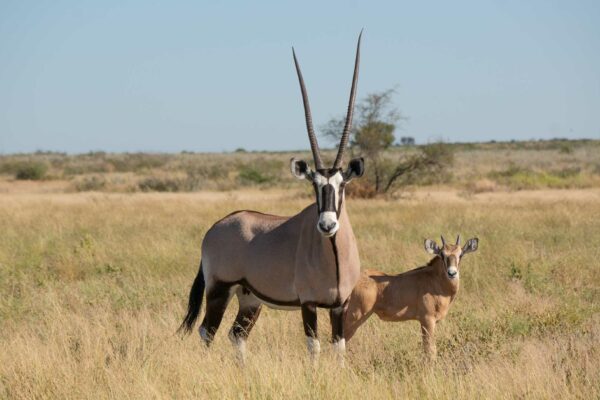 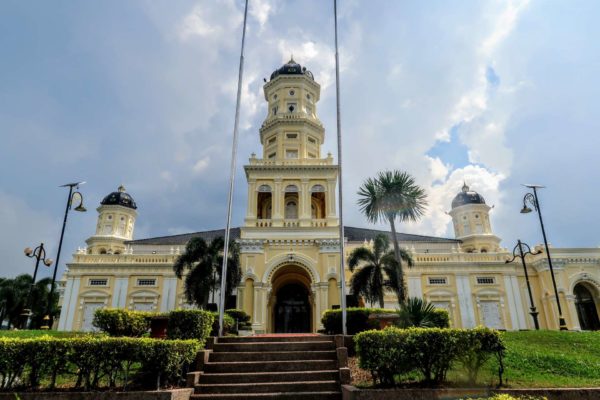 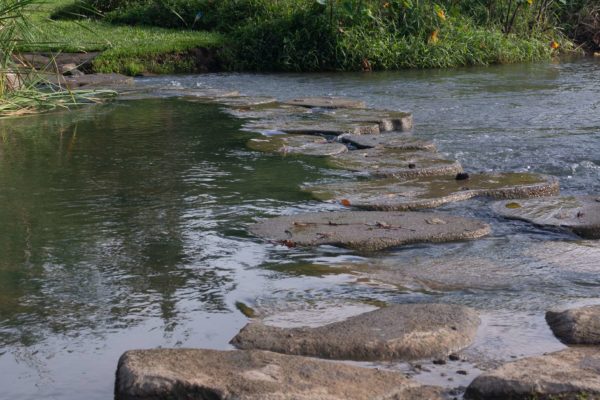 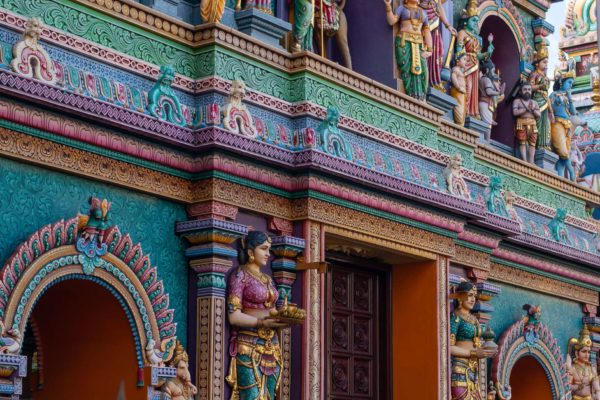