The Treuchtlingen to Solnhofen Walk is part of the Altmühltal Panoramaweg and a lovely day walk in itself which passes through Pappenheim, a cute town with a great castle.

Tips for Treuchtlingen to Solnhofen Walk

This route follows two stages of the Altmühltal Panoramaweg, which itself is a 200 km route through the Altmühltal from Gunzenhausen to Kelheim. The stations in Treuchtlingen and Solnhofen at the beginning and end of this walk are not directly on the route, but both roughly 1 km from the marked trail. The best part of this walk is between Pappenheim and Solnhofen from which you get great views.

From the train station, head right and across the main road. Take a right before the park to head past Schloss Treuchtlingen, a castle-like building in the centre of town. There’s a tourist information office and a small museum here as well. Pass the castle and on the main road turn right to the Rathaus and main square, then left towards Markgrafenkirche, an obvious pink church. You’re now on the Altmühltal Panoramaweg and should see small red and yellow signs on the lamposts, pointing the direction.

Follow these out of town and cross a bridge. The first part of the walk heads through a wood and then fields near the river. After crossing the highway, you head upwards onto a plateau. There are some large fields to walk around on the edge of the forest, then you enter the forest proper.

After walking a while through the forest, you’ll start descending towards the small town of Pappenheim and your first views of the castle.

After descending steeply down some steps in the wood, you’ll reach a road on the edge of Pappenheim. Turn left and then right to cross over the bridge into the old part of Pappenheim town. You’ll reach the main square, with the Rathaus and the Neues Schloss – a palace-like yellow building.

To reach the castle, turn down the street to the right at the main square. You’ll soon find Maritas Art Cafe, a cute family-run cafe with great cakes. In 200 metres you’ll reach an old stone archway, with the entire street looking like something out of Italy. Pass through the archway and in another 200 metres, take a road up to the left towards the castle, or burg.

On your left is now the entrance to the castle, Burg Pappenheim. Entrance is €5 per adult, €4 per child. The castle is fairly large, with several nice buildings and a few rooms you can go in, such as the torture chamber in a dungeon.

There’s also a history museum with a lot of text – all in German. There are a few exhibits such as a model of the castle and a display of a large battle that you can enjoy even if you don’t speak German. Most of it is about the Thirty Years War, a very destructive war in Europe between 1618 to 1648, mainly fought between Catholics and Protestants. A famous Field Marshall in this war, Gottfried Heinrich, was a member of the Pappenheim family and brought much prestige to Pappenheim Town.

There are great views from the castle, especially from the top of the tower. This involves many steps up a wooden, slightly unstable staircase.

Leave the castle, and this time turn left after the entrance, down the Niederländerstieg. Follow the track all the way down to the bottom, where you’ll see a castle tower and wall. Turn right past the church and you’ll be back on the official Altmühltal Panoramaweg.

The section of the walk between Pappenheim and Solnhofen is the nicest, most scenic part. Follow the signs to cross over the river and up the forested tracks to the top of the plateau. Head left along the small path through the field with a few trees. This path contours around above a small town and the river below. There are some great views over this town and the Altmühltal Valley.

On the other side of the town, you descend again down many steps. Cross the roundabout at the bottom and then along a track leading gradually upwards and back to the plateau. Continue through the woodland and after about 2 km you’ll reach a more open area. There are a few rocky areas here, with big blocks of rocks separated by grass. These are the remains of limestone pavements – acid rain has eroded the calcium-rich rock to form this man-made-looking pattern.

Continuing onwards, there are fine views over the valley and many benches to sit on and enjoy the view. Soon the path bends to the left and upwards through a children’s playground. The path then leads to a road and into Solnhofen town.

At the end of the road, turn right then first left. The way to the station leaves the official route now. Head down the road all the way, then slightly left at the T-junction and across down another road. This bends right and continues downwards. Follow it down to the river, and take the bridge to the other side. Turn left and the station is soon on your left.

This is the end of the walk from Treuchtlingen to Solnhofen. If you enjoy hiking, check out our other hikes in Germany.

FAQs for Treuchtlingen to Solnhofen Walk

How should I get to the walk from Treuchtlingen to Solnhofen?

The best way to get to the walk is to take the train to Treuchtlingen train station. Alternatively, driving and parking in town is possible. Since the walk is one-way, you’ll need to catch a train back from Solhnhofen at the other end. These trains run every hour and the journey takes about 10 minutes.

How long is the section of the Altmühltal Panoramaweg between Treuchtlingen and Solnhofen?

This section is 18.5 km long. The walk itself takes 4-5 hours, but allow at least an extra hour or two to explore the castle in Pappenheim and more for any breaks. 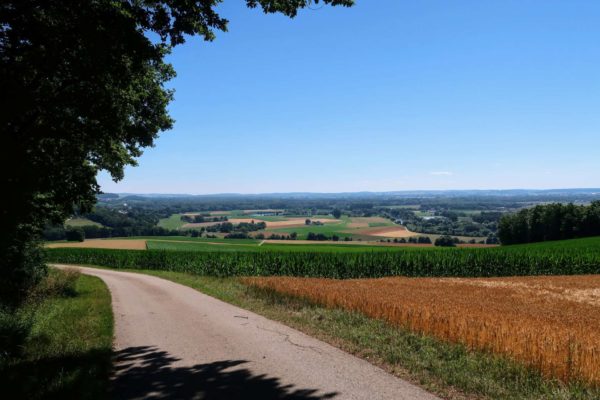 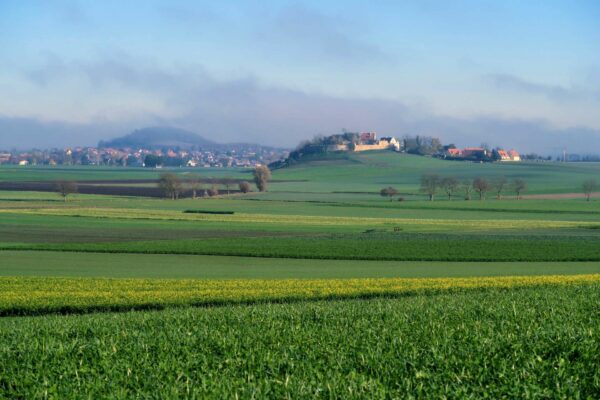 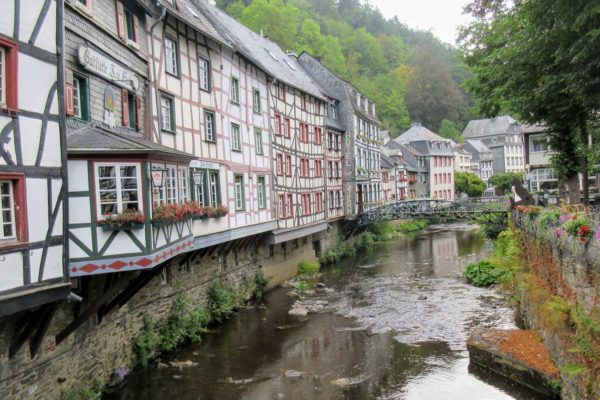 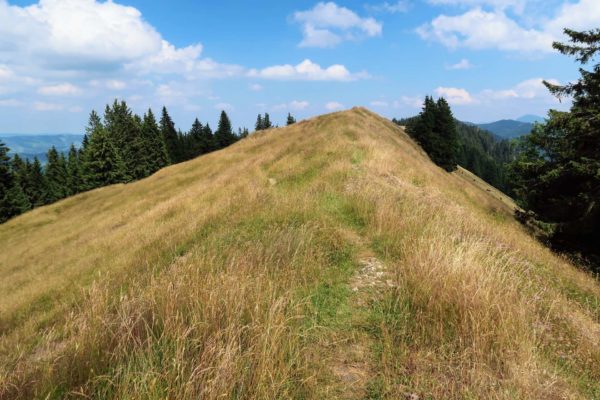