Visit the famous heritage sites of Johor Bahru on this walking trail to all the main attractions – a glass temple, a huge mosque and more.

How to get to Johor Bahru

To get to Johor Bahru from Singapore there are several options. You can drive in a private car or take the bus. We took bus 170 to Woodlands Train Checkpoint, and there are many other buses here from Woodlands MRT station. Standard Singaporean buses take you across the causeway itself, and you can pay with the normal method (e.g. EZlink).

Formalities at the border were easy and the entire crossing took about 30 minutes from Woodlands to Johor Bahru itself. If you cross Friday night to Johor Bahru, or back to Singapore on Sunday evening, be prepared for much longer queues. This walking trail starts from where you come out in Johor Bahru just after customs.

On this walking trail you’ll see the main sites and attractions of Johor Bahru:

For food and drinks, there are many restaurants along and around Jalan Tan Hoik Nee, including the famous Hiap Joo Bakery with its delicious banana bread.

This walking trail starts from Johor Bahru Sentral, where you come out after Malaysian immigration.

Directions: After the small mall with the ATM and SIM card sellers, head across the bridge over the road. If the mall is open (after 10am) you can walk through the mall, down the elevators and out on the other side. If the mall is closed, head right and down the steps to the road. Then walk through the alleyway in front of Holiday Inn to get to the road on the other side.

Walk right up this road, past the Shell and then left before the highway overpass. Turn right on the corner with the DoubleTree Hotel and up this road. Cross over the pedestrian bridge and follow the road to the right, which quickly bends around to the left. The road looks a bit sketchy, but it’s the only way to the temple which will appear soon before you. It’s about 15 minutes walk from the centre where you arrive after customs.

Key Information: RM10 per person for entry. You must remove your shoes. Opening hours are from 7 am-10 pm daily. Allow 10-20 minutes to look around.

The official name of this stunning temple is Arulmigu Sri Rajakaliamman Glass Temple. The temple started as a simple little place in 1922 but the current building was only completed in 1996. The glass fittings were added later, in 2008. There are now hundreds of thousands of pieces of glass forming a mosaic that covers the entire inside. It’s quite dazzling from the inside. Not only the inside but also the colourful gopura over the entrance doorway is covered in glass. There are statues of many Hindu (and other) deities around the edges of the temple.

Directions: Walk back out along the sketchy road and over the pedestrian bridge. Turn left, the way you came, and then take the first right. You will soon see a church to your right.

2. Church of the Immaculate Conception

This is a small but old and elegant Catholic Church, painted mainly cream with blue trimmings. From 1927, this is the oldest church in Johor Bahru. It has a simple design, both on the outside and within. You can enter if there is not a service in progress. When services happen the gates around the church are locked so you can only look from the outside.

Directions: At the roundabout take Jalan Gertak Merah – not the one by the church but the next road. Follow this road as it bends to the left. Turn right on Jalan Yahya Awal at a main intersection. Turn left just past a blue and red Petron petrol station. A few hundred metres down here you’ll see the cemetery on the right.

This is Mahmoodiah Royal Mausoleum. Sultan Abu Bakar, who oversaw the building of the mosque below and is often considered the founder of Johor, was buried here in 1895. The mausoleum is in Colonial Victorian style with some local Malay influences.

Surrounding the grand mausoleum is a Muslim Cemetery, with thousands of graves in varying states and it’s a very peaceful place. It’s still an active graveyard so be respectful when walking around.

Directions: Head out of the cemetery from the middle of the graveyard and take the road opposite until you reach a T-junction at the edge of the permanently closed Grand Palace Park. Head right and you will see an entrance gate to the mosque. You can enter here, then walk around the mosque and leave via the other side towards the ocean.

The city of Johor Bahru has always been closely connected with Singapore. It has also been a centre of trade and shipping, and residence of the Sultan of Johor for a long time.

In 1855, the Temenggong of Johor State (similar to local Prime Minister) decided he and his officials would live in what is now Johor Bahru. At the time it was called Tanjung Puteri (Princess Headland) but was renamed Johor Bahru (New Johor) in 1862.

Sultan Abu Bakar is one of the most important people to have lived in Johor Bahru, and is commonly called the ‘Father of Modern Johor’. The grand mosque here is named after him – he himself started the building works.

This amazing mosque is the state mosque of Johor. It was built in 1882-1900 and the architectural style is Victorian Colonial English and what look like clocktowers are actually minarets. The view from the front of the mosque is great because it’s on a hill overlooking the Straits of Johor. This building is perhaps the most beautiful in all of Johor. It underwent significant renovation recently, reopening in 2019 and it looks magnificent.

Directions: From the front of the mosque, head towards the ocean and right out of the mosque grounds. Turn left and left again to walk alongside a main road. Follow this road as it borders the Grand Palace Park – keep an eye out for Istana Besar, the former residence of the sultan.
At the end of the park, head a little left and walk through or along the left side of the gardens, by the High Court Buildings. Keep on heading straight and you will soon reach a cute little street.

Jalan Tan Hiok Nee is the main shopping and dining street in Johor Bahru. It’s a very cute little street, with a windy road and many trees and red lanterns. There’s a night market in the middle, like a hawker centre with many stalls to choose from. Restaurants range from local and cheap, to equally hipster and expensive as in Singapore.

Halfway along Jalan Tan Hiok Nee is a distinctive Red House. It’s a heritage building from the 19th century, preserved in good condition. A little bit further is Hiap Joo Bakery, a bakery famous for its banana bread. There can be long queues!

Directions: The next stop is on your right shortly after the entrance archway to Jalan Tan Hiok Nee. We completed this walking trail and returned afterwards to visit the Heritage Museum and to eat some food on Jalan Tan Hiok Nee.

Directions: Continue walking all the way down Jalan Tan Hiok Nee, head left and the next street on your left is the next point of interest.

This street is parallel to and similar to Jalan Tan Hiok Nee, but slightly less busy. There are more shops, restaurants and cafes here.

Directions: Walk up Japan Dhoby and turn right just after a nice pink shophouse building on the corner, falling into ruin. You should see a mosque with a blue onion dome. Head up here and you’ll soon see a lovely run-down bungalow and the out-of-place tower that is the next stop.

The mosque with the blue onion dome is Masjid India, or the Indian Muslim Mosque.

This prominent tower looks like it could be the Slytherin Tower from Game of Thrones, if there were such a thing. However, although it looks medieval it was actually constructed in the late 1930s as a local government building. You cannot go inside, only peer in through the gate at the architectural mix of Malay and Saracenic construction.

Directions: Head down the main road opposite and take the first right on Jalan Trus. Then head left into a town square/car park area and follow it round to the left.

Bordering the car park you’ll see a famous restaurant, Restoran Ya Wang, well known for its roasted herbal duck. Down the alley to the left of the restaurant is the JB Bazaar, with many little lanes lined with shops selling clothes, trinkets and more. It’s open from 6 pm to midnight every day.

Directions: Continue straight across the river and down the street opposite to Jalan Meldrum.

If you walk a little way right on Jalan Meldrum you’ll see the Johor Bahru Police Station in a rather nice blue building. Head straight across and you’ll find Kwong Siew Heritage Gallery in a lovely old building. It did house the first Chinese school in Johor and today it’s a museum showing the history of Cantonese people in the region. Head to the left back along Jalan Meldrum and you’ll see locals hanging out at neighbourhood restaurants.
If you head a little further on and look right you’ll see the Old Johor Bahru Railway Station, a rather elegant building from 1931. It’s now a railway museum.

Directions: Turn left on Jalan Siew Chin and back to the river. The next stop is just across the bridge.

This Hindu temple, built in 1911, dominates the views from the rivers in the centre of town. Lining the surrounding streets are stalls selling fresh marigolds for worship.

Directions: Just further up the road is the Sikh Temple.

This Sikh temple, built ten years after the Hindu temple next door, is a lovely white square building. Sikhs mainly settled in this area in the late 19th century, coming mainly from India.

Directions: Continue up the road and the next stop is on the left.

This temple is roughly 150 years old, one of the oldest buildings in Johor Bahru and very atmospheric. On the opposite side of the road is a cute shop selling paper money, incense, joss sticks and more.

This is the last stop on the tour, close to Johor Bahru Sentral and the way back to Singapore. If you want to complete your day with some shopping, there is a large mall opposite Johor Bahru Sentral. After this stop we went back to Jalan Tan Hiok Nee and explored the Chinese Heritage Museum (with an added bonus of air conditioning, toilet and clean water refilling station).

If you want to experience heritage trails across the causeway in Singapore why not check out our Colonial District, Chinatown, Marina Bay, Kampong Glam or Little India Walking Trail.

What are the main attractions of Johor Bahru?

How to get to Johor Bahru?

By public transport, take the bus to Woodlands Train Checkpoint bus station in Singapore. There are many buses to here from Woodlands MRT station. Walk through the Singaporean immigration, then take the bus across the causeway (you can pay with EZlink) and then head through Malaysian immigration. 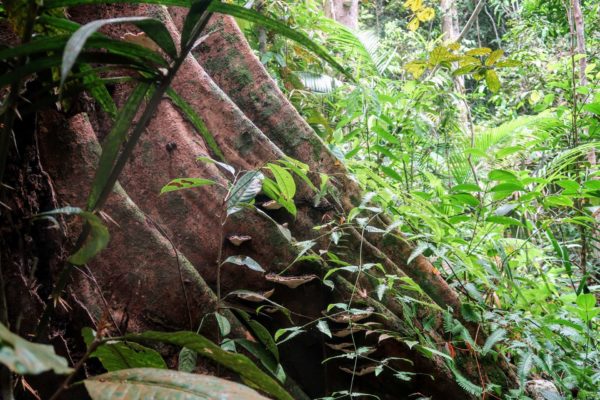