The UK is a country of moors, fells, fields, and culture, a hiking destination like no other. Good public transport means many hikes can be reached via public transport, though some areas are less accessible and require a car.

The UK became inhabited around 800,000 years ago. Around 40,000 years ago, modern humans appeared, though continuous inhabitation here dates to only 13,000 years ago. People who weren’t the Druids constructed Stonehenge 4000-5000 years ago. The Druids were high priests of the Celts, who only came to Britain a thousand years after Stonehenge was built. Ancient rock carvings can be found on the moorlands around the UK.

In 43AD, the Romans invaded, and Germanic Anglo-Saxons settled here, intermingling with the Celts. The Vikings raided, and the locals attempted to resist this by organizing into kingdoms.

In 1066, the most famous date in the UK, William the Conqueror invaded from France, bringing better food. He commissioned the Doomsday Book, a big survey of his new underlings. Another famous book, the Magna Carta, was signed in 1215 to limit the powers of the King (or Queen). Many Medieval Castles were built in Wales.

After the Hundred Years’ War with France, the domestic Wars of the Roses quickly followed, ending with the Tudor Dynasty. Henry the VIII broke with Rome, and Elizabeth I enjoyed the plays of William Shakespeare.
In 1642, a Civil War ended with the execution of King Charles I, and a Parliamentary Republic ruled. Missing the monarchy, the Stuart kings were returned to the throne a few years later. The main part of the UK came into being in 1707, with the union of Scotland with England (and Wales).

The UK oversaw the start of the industrial revolution in 1760, which continued through the rule of Queen Victoria. Canals and railways spread across the land. The population started shooting up, from less than 10 million, to almost 70 million today. People migrated from their farms, to jobs in dirty factories in the cities, and carbon dioxide levels began to rise.

The industrial revolution allowed Great Britain to expand her Empire, ruling over a quarter of the world. In the 20th century, decolonization and the two World Wars led to a decrease in the UK’s global influence.

Famous for its green grass, many hikes pass through fields with or without sheep. Woodlands are also common, and in spring, bluebells carpet the ground. 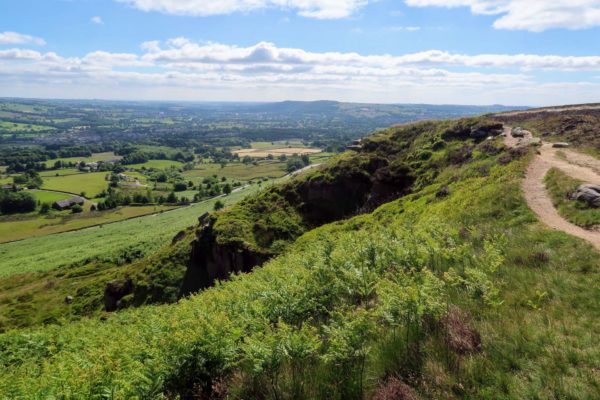 On this walk from Ilkley to Burley Moor, pass the lower tarn, the Cow and Calf Rocks, the Pancake Stone, several reservoirs, grouse butts, the Twelve Apostles and White Wells. read more 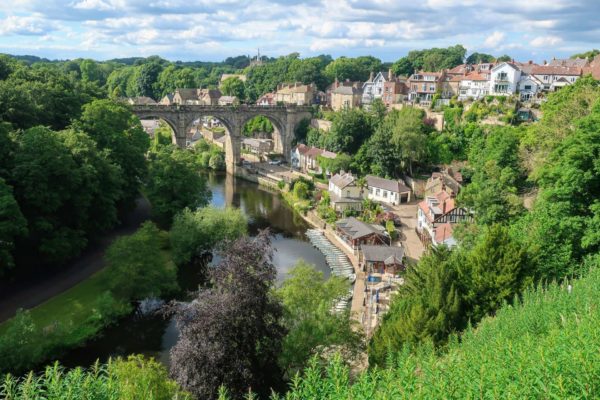 Knaresborough is a beautiful Yorkshire town - see the famous Knaresborough Castle and Viaduct on this easy walk. read more 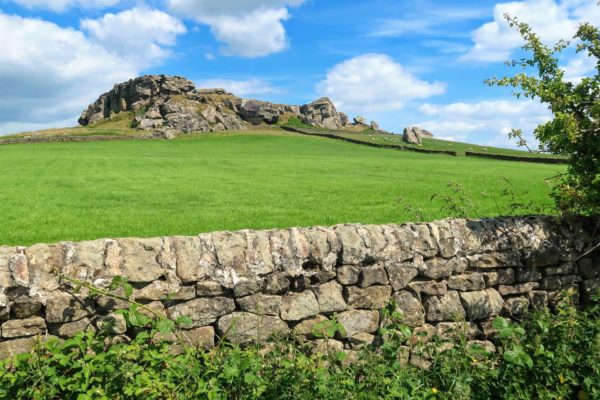 The easy walk up Almscliffe Crag, an impressive outcrop of rock, gives great views over the surrounding countryside. read more 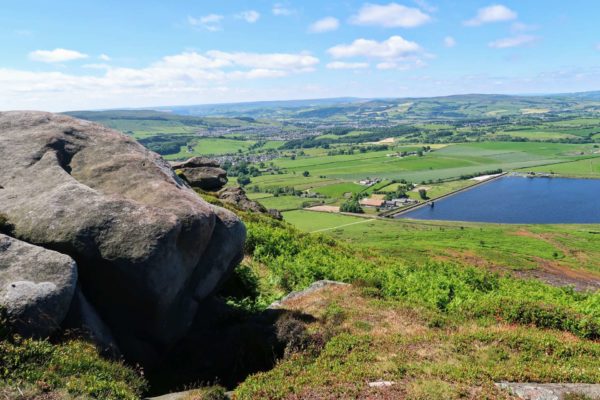 The short walk up Embsay Crag has great views over the reservoir below and to the lovely surrounding countryside. read more

The Lake District, Yorkshire Dales, and Scotland, are world-renowned for their scenic hikes.

Clifftop walks and beaches provide an alternative to the mountains.

Drinking tea is a habit you can’t fail to get into here, if only to warm up a bit. To make tea, buy teabags (e.g. Yorkshire Tea), and put one in a big cup. Add boiling water. Water a few minutes. Remove the teabag, and add milk. Add sugar to taste. Voila.

Historic stately homes dot the land, and provide a great bad-weather alternative to a hike. Although the often very large grounds are outside, a tearoom is never far away to dry off in. Historic houses also make great family days out.

In London, new meets old. Recent improvements to foundation design have allowed much taller towers to sprout upwards all over the city. Historic buildings, some obvious and others tucked away, remain to be discovered.