We spent two short but beautiful days backpacking and wild camping on a fairly easy but magical hike in the Giants Castle section of the Drakensberg.

This hike starts from Giant’s Castle Camp in the Central Drakensberg. It’s about 3 hours drive from Durban and 5½ hours from Johannesburg. We drove here from Cathedral Peak Hotel, 2 hours 45 mins away to the north. If you don’t have a car, check out the options for car hire from Johannesburg* or Durban*.

At Giant’s Castle Camp we got a permit for a night of camping on the mountains and signed the mountain register. We visited the Main Caves on the route out, spent the rest of the afternoon walking before setting up our tent, and returned to camp by around lunchtime the following day. This hike could alternatively be done in one long day.

We bought tickets for the Main Caves Tour (45 Rand per person, on the hour every hour 9 am-4 pm) at the camp reception. The Main Caves are about 30 minutes walk from the Camp, along the route for this hike.

The caves contain cave paintings, some very old and some as recent as a few hundred years. You buy your ticket at the reception but have to arrive at the caves in time for the tour which starts there, not directly from the reception, so allow 30 minutes for this easy walk.

I would definitely recommend the tour as it’s very interesting and on the route anyway.

After the cave tour, we continued into the mountains, on the left-hand bank of Bushman’s River.

The path climbs gradually up a ridge, with easy walking, simple navigation and no technical difficulties.

After about 10 km we reached the contour path, heading left (east) for a couple of fairly flat kilometres to the camping spot we’d been aiming for.

Get the Walking in the Drakensberg Guidebook*

We pitched our tent at a ruined hut, previously a hut used by hikers that was damaged by weather. The hut sits by the path on flat grassland in a bit of a bowl, with fantastic views of the high escarpment behind.

It was a great place to camp with plenty of flat ground and water not too far away. This spot is also roughly halfway around the route, right in the middle of the Giants Castle area.

We were treated to an incredible sunrise the next morning, with the sky gradually turning from red, to orange, pink then yellow and finally brilliant blue. After breakfast we started hiking, flat at first and then downhill.

Morning hike back down

It was an easy 12 km hike back down to the rest camp with beautiful views and an easy, clear path.

As we descended, the rest camp appeared in the valley below us and soon we arrived back, around lunchtime. We then set off on a 4-hour drive south to Garden Castle where we hiked Rhino Peak.

Dykes are linear features made of hard rock that often stick out and cut straight through the landscape.

Dykes are formed when molten volcanic rock, under high pressure, cracks the surrounding rock and flows through it, gradually cooling down and solidifying. The rock that forms the dyke is often made of harder material that erodes less easily than the surrounding rock. This means that as the surroundings erode away, the dyke remains and becomes a prominent feature.

The dykes in the Drakensberg are made of basalt and were formed about 180 million years ago, in the Jurassic Period, when dinosaurs were roaming the earth. They can be easily spotted in the Giants Castle region, and this walk passes over a few of them.

Click to find out more about our 12 Day Trip to the Drakensberg, hiking up Rhino Peak in the southern Drakensberg, an overnight hike up Cathedral Peak, or Camdeboo National Park where we went next. 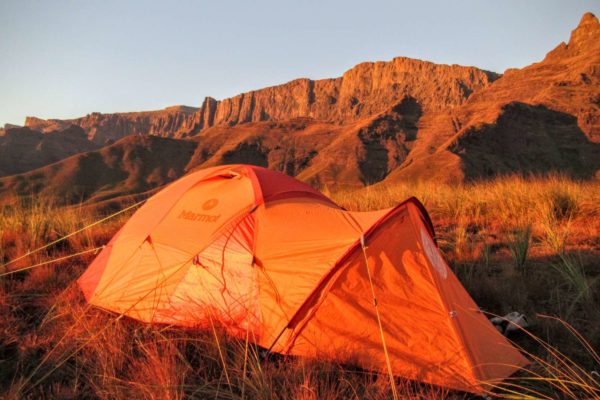 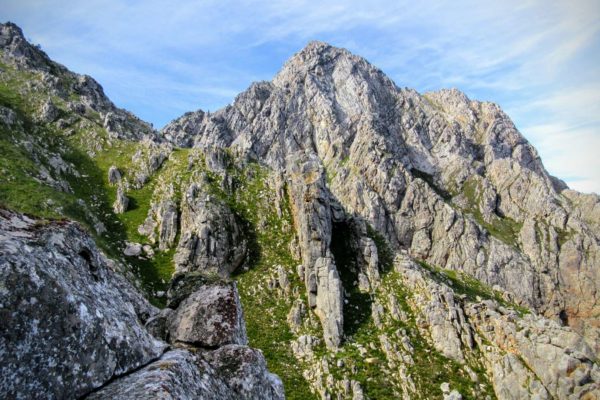 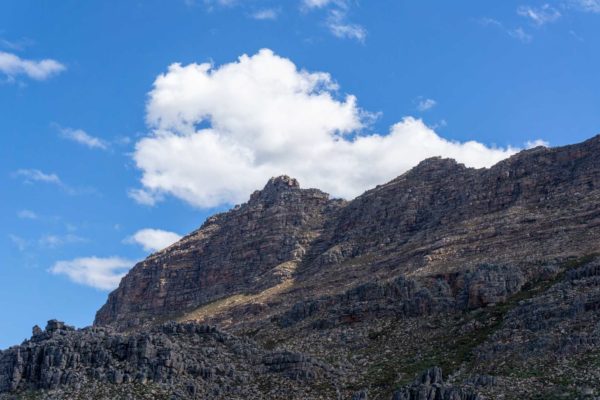 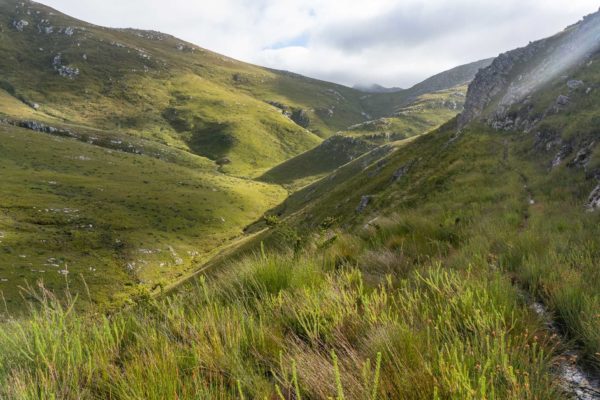