This is a beautiful wild hike in the middle of Cape Town. It is even possible to do this loop hike on a summer afternoon when it’s hot as the uphill will be in the shade. Devil’s Peak offers an interesting perspective of Table Mountain as well as stunning views of the Cape Town City Bowl with Lion’s Head and Signal Hill.

The hike starts at the trailhead at the end of Chelmfords Road in upper Vredehoek/Devil’s Peak Estate. There is a small parking area. Alternatively, you can start at the larger Deer Park trailhead and take the lowest path northeast, towards Devil’s Peak. This last path passes by the back gardens of lots of houses, and it also passes the three tall round towers (Disa Towers).

We set off just after 1:30 pm in the afternoon and were back by 6:30 pm, just as the sun set behind Lions Head and it began to get dark. We underestimated the time that this hike would take – there was definitely more uphill than it looked like from the start.

At the end of Chelmfords Road, you meet a track. Follow it to the right and then keep left to stay on the main track. It climbs along the right-hand edge of an old tin quarry. This path is actually the location of my knee injury accident. I was running downhill here along the track, fell, and had to go to hospital for stitches. So be careful. And don’t fall. The ground is very hard.

Follow the track while it bends around the top of the quarry. Not much later is a choice between two tracks, keep left. The right-hand track is where you will return later.

The imposing wall of Table Mountain is made of a very hard sandstone, made up almost entirely of quartz. The sandstone was laid down in a shallow sea 400-500 million years ago, when extensional forces in the earth tried to pull the continents apart, causing a low-lying rift valley. This particular sandstone is very resistant to erosion because of its high quartz component, meaning Table Mountain has been there for a long time – longer than either the Alps or the Himalayas!

Below the sandstone are layers of shale – a much softer, darker rock, that forms the more gentle slopes beneath the cliff. Granite has also intruded into this layer – you can distinguish this by the large white rectangular minerals that are visible within in.

Continue along this track, with great views over downtown, until near the King’s Blockhouse (a square stone building on the corner of the mountain), which you don’t need to go to – you can contour around just below which is what we did, or you can do the extra up and down and visit it for the nice views.

Pass through the gate with the unnecessary ladder, and into the beautifully cool and shaded woods. This is called the contour path, though it’s not as flat as its name suggests. Continue along until Newlands Ravine, which is well signposted on your right, and take this upwards. Up up and up. The trees end, but you’re still shaded by the mountain in the afternoons. After a long while, you’ve reached the saddle between Table Mountain and Devil’s Peak.

Follow the signs towards Devil’s Peak, somewhat flat at first but then up, up and up again. There are two paths that lead to the top. They are very similar, but the right-hand-most one is slightly smaller and slightly overgrown. We took this one, and the other one on the way back down.

How high is Devil’s Peak?

Is Devil’s or Table Mountain higher?

Devil’s peak is slightly lower than the highest point on Table Mountain, Maclear’s Beacon, which is 1,086 m high.

Why is it called Devil’s Peak?

There is an urban legend about a man who one day met the Devil on top of the peak while smoking his pipe. His wife did not let him smoke it inside his house and so he had to venture elsewhere. He ended up in a smoking competition with the Devil, which is why it is still often cloudy around the peak.

At the top were great views all around, from the ocean to Table Mountain, across the Cape Flats to the City Bowl. We chilled here for a while.

On the way down we had more great views, especially in the late afternoon sun.

Coming down, we didn’t quite return to the saddle but took a path towards the City Bowl beforehand. It was well-marked at the beginning, but became less so later on – MapsMe was very useful for this stretch. There is so much fynbos here, so may protea beloved by sugarbirds and sunbirds. And the vegetation looks great in any season. The mountain looked so wild next to the bustling city.

We returned back down to Tafelberg Road and continued downwards on a path that is easy to miss. Look out for the gap in the railings along the side of the road. This path goes via some canons back to the edge of the city. When the path meets a track, it’s slightly counterintuitive as you have to take the right turn, not left, even though left is the eventual direction you want to go in. Then it is an easy walk over the track back to the start.

This is the end of a great walk to the top of Devil’s Peak, definitely one of the top hikes to do in Cape Town.

If you enjoyed this hike, check out the walk up Little Lion’s Head, or the hike from Constantia Nek to Deer Park. For even more hiking ideas, check out our South Africa Guide.

This cannon is one of the defences placed on the slopes of Devil’s Peak and Table Mountain by initially the Dutch and later the British, called the French line. Apart from a few cannons, there are defence structures, of which the most prominent is the King’s Blockhouse. Not far from this cannon are the remains of the Queen’s Blockhouse and further down the slopes of Devil’s Peak those of the Prince of Wales Blockhouse. These Blockhouses were defence structures and lookout points. 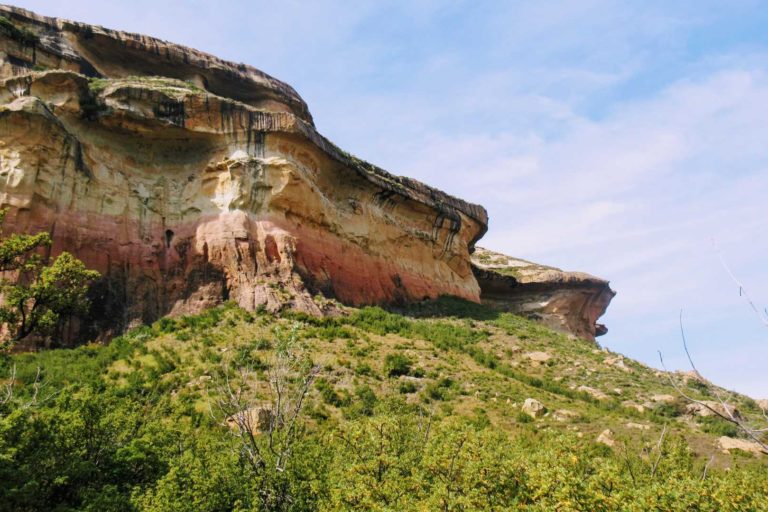 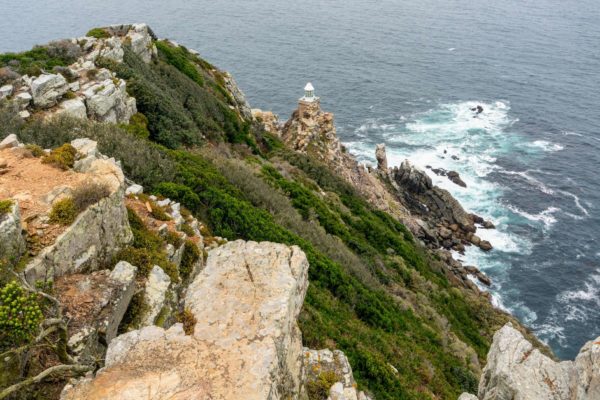 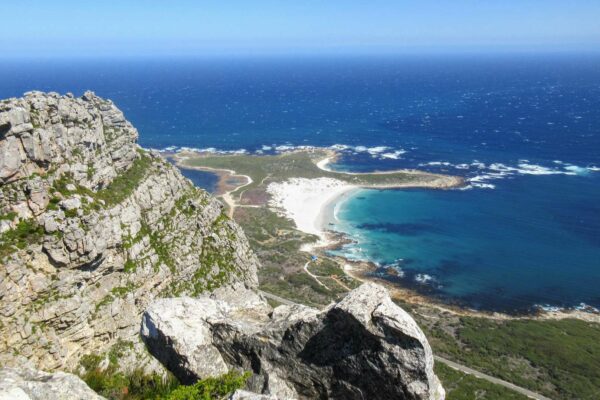 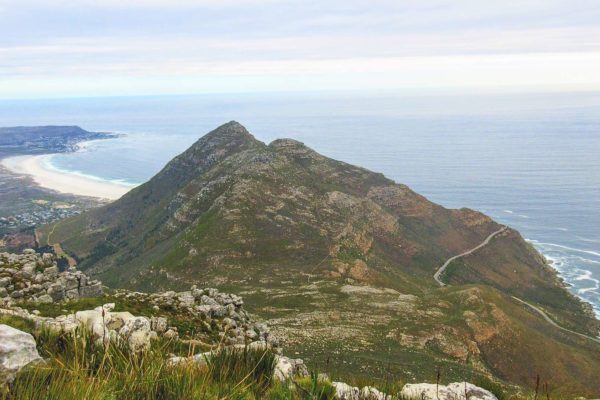